EA was kind enough to give us a sneak peak at the newest update!
This update contains many new features and a major overhaul of the ticket system and will go live on August 21st!

EA was kind enough to give us a sneak peak at the newest update!
This update contains many new features, a major overhaul of the ticket system and will go live on August 21st!

Lets start off with the most anticipated district in the game, Waterfront! Yes it is true, it is finally here. It’s a gorgeous beachy area and it seems to be set during a sunset time, so there’s this pretty orange glow to the district. You can unlock Waterfront for free at level 15 when you can choose to unlock a district. This is also a change in this update. Previously, you had to unlock districts in order, now you can choose which district you want to unlock first.

In the Waterfront area, there are 2 new venues with careers. The Science career, where you get to be a marine biologist, and the Wellness Guru career at the Wellness center.
The careers can be unlocked for Simoleons and LlamaZoom tokens (more about LlamaZoom tokens later!). The price for the careers depends on how many you have already unlocked, because for every new career the price goes up for the next one. 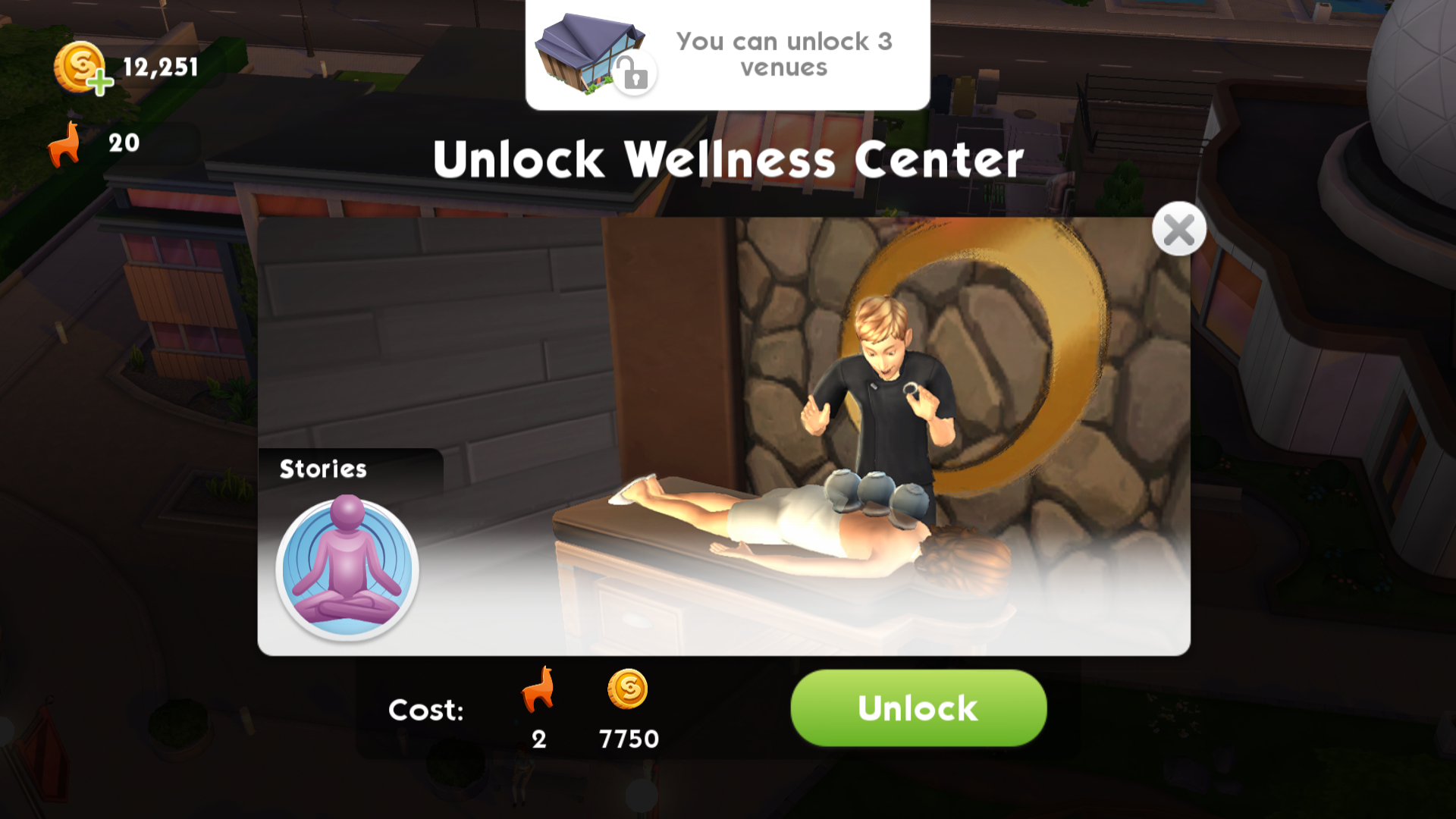 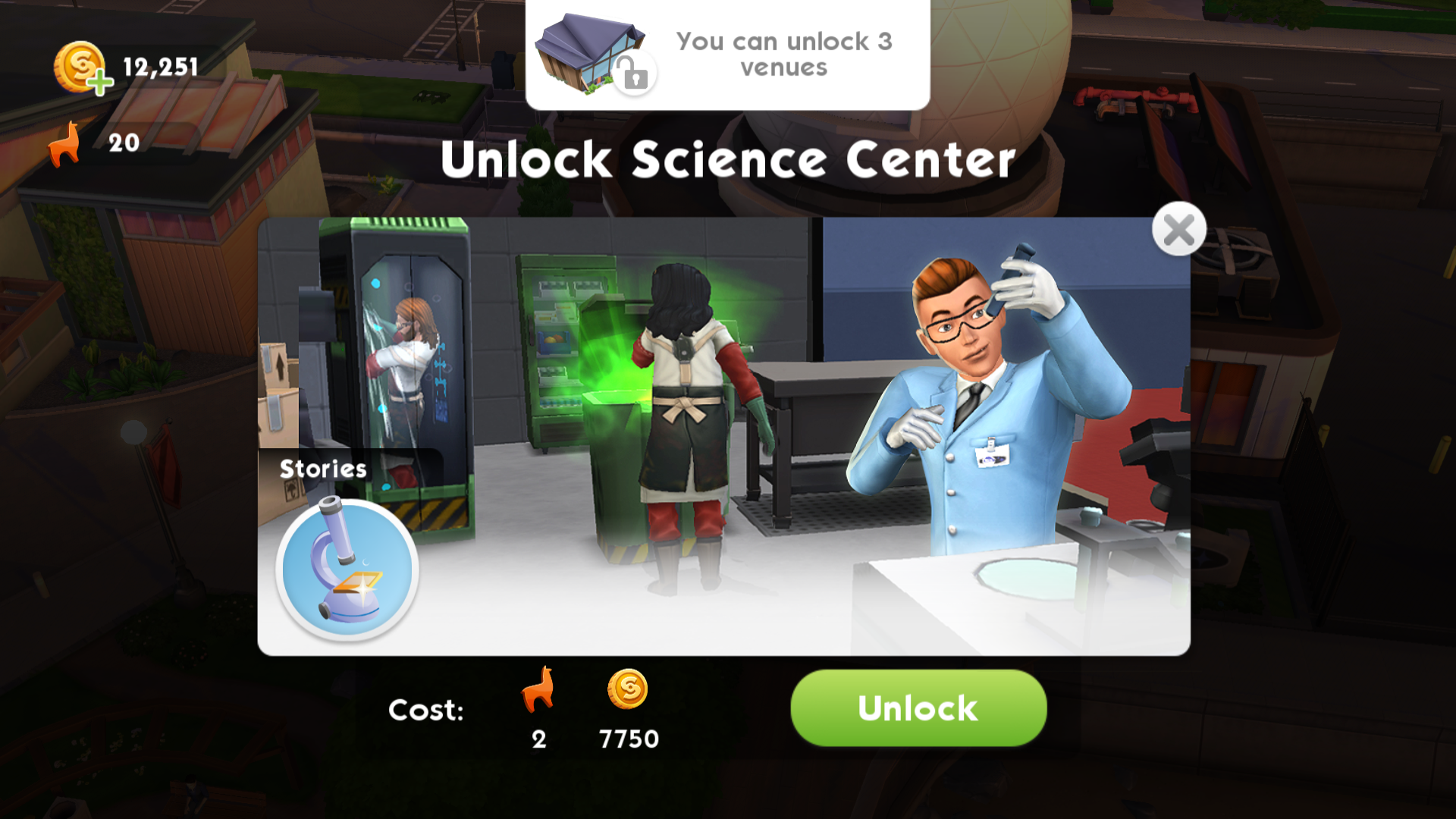 Out with the daily tasks, in with LlamaZoom! With this new update you no longer have a daily task list to complete, but instead Emily comes by in her truck with tasks for LlamaZoom.
When you first enter the game after updating it, you will get this screen:

It tells you there are a whole bunch of ticket types converted to LlamaZoom tokens and others to Simoleons.
LlamaZoom tokens can only be earned from LlamaZoom. LlamaZoom arrives with a truck at your doorstep and Emily will ask you for your help by doing a series of tasks.

First you get to pick a theme you want to do your tasks in. They can be hobby, relationship or career driven, or a mix of those. You get 8 hours to complete the LlamaZoom tasks and when you do, you will earn LlamaZoom tokens. After completing the tasks, the truck will go away, and return again in 4 hours, giving you new tasks to complete.
You don’t have to do the tasks, only when you want to do them. You can either cancel the LlamaZoom session and it will immediately start the 4 hours cool off period, or wait out the 8 hours and then start the 4 hours cool off period. 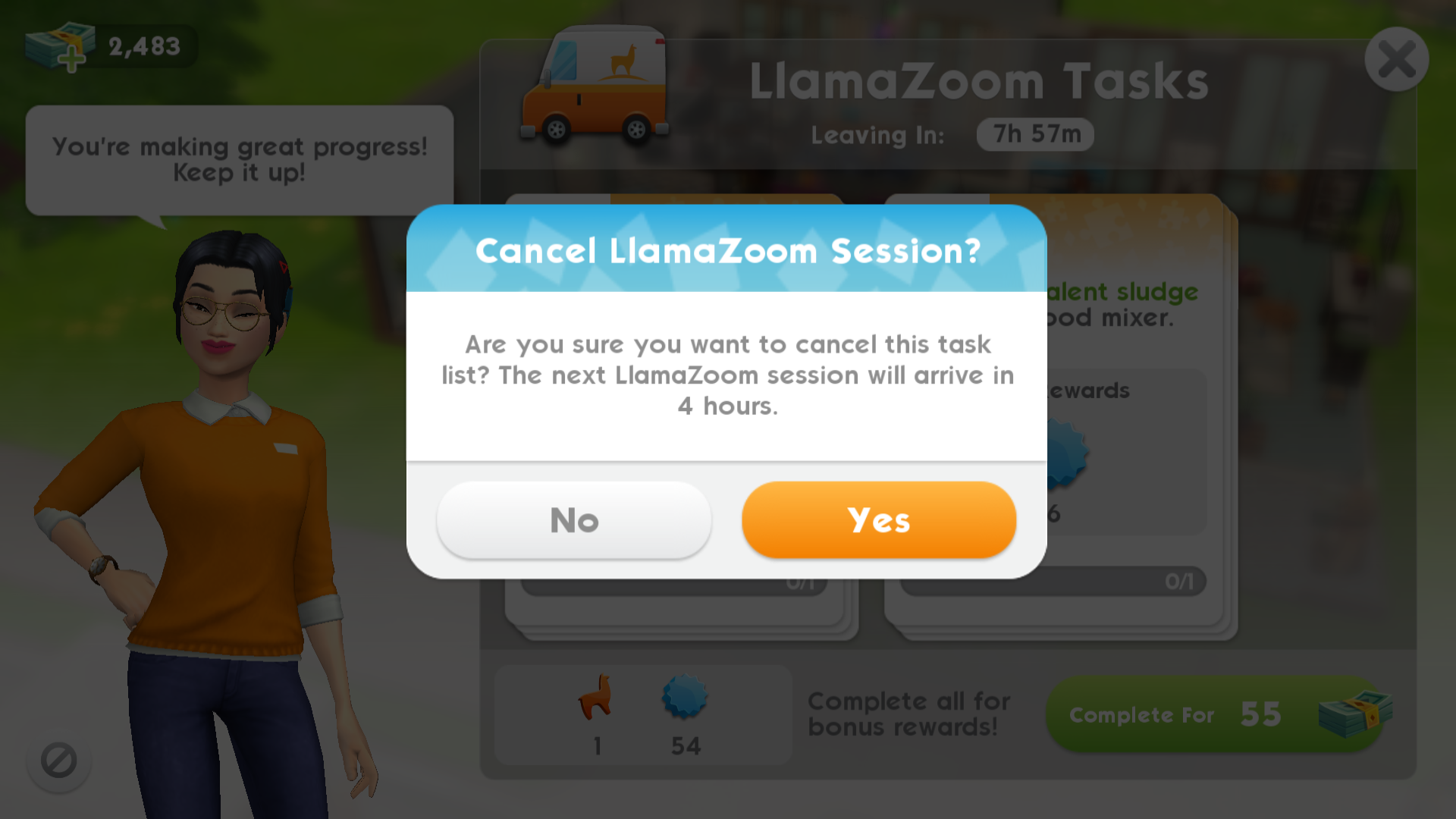 With the daily tasks now gone, the quests get a little overhaul too. There are new types of quests that seem more a little smaller, giving you a few of the daily tasks from the to do list back. They are not exactly the same, but a nice addition. 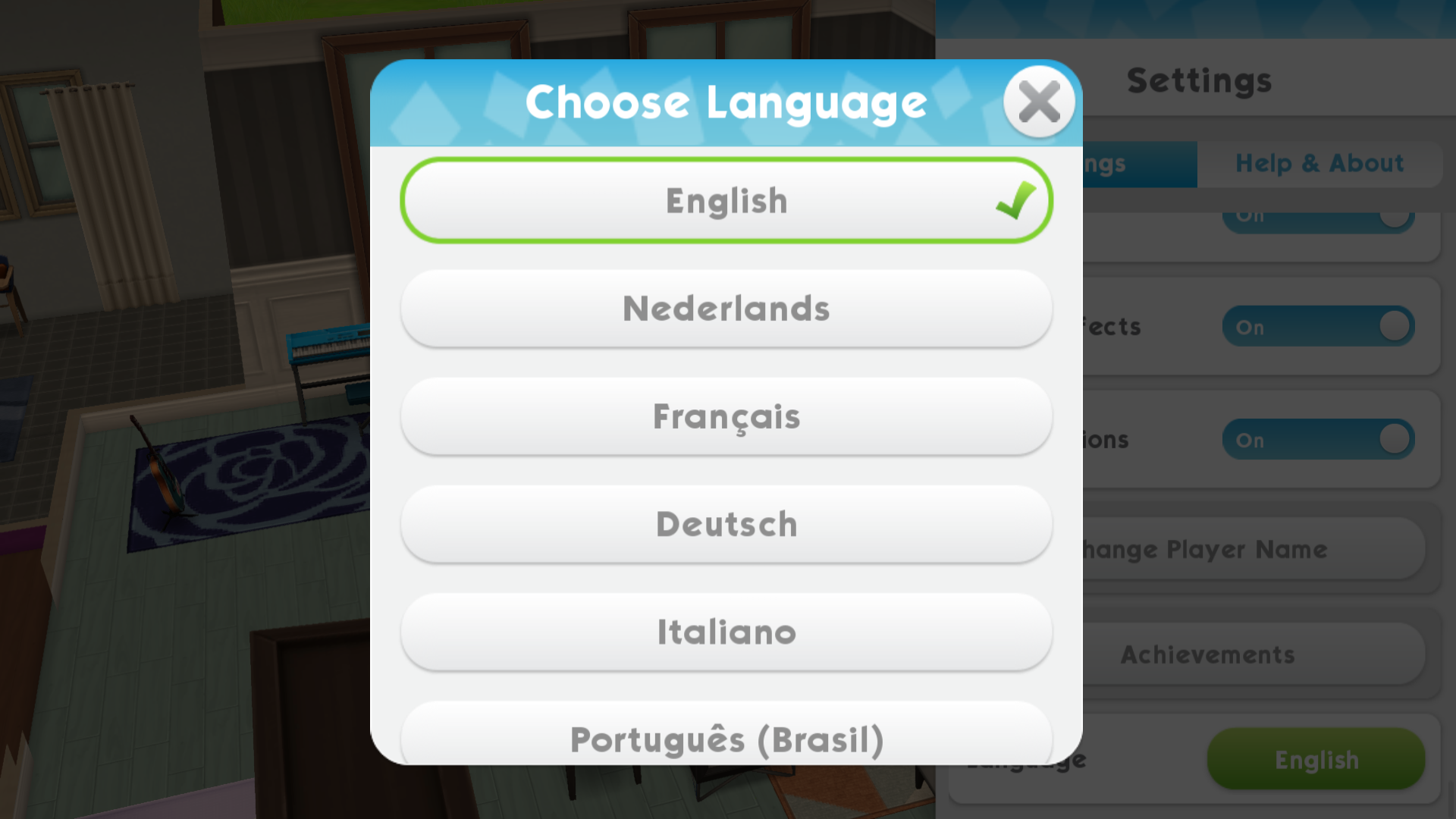 There does seem to be a bug with this, where it reverts back to your phone’s language when you reopen the app. So I’m still going to be switching my phone language for a bit, but that this feature was added is for me a great win! (They do listen!)

This update is a pretty big one, with major overhauls of a few systems. I think many of you will enjoy it and especially will love the Waterfront district. This update will go live on August 21st!