The Bot Building skill is one of the biggest additions in The Sims 3 Into Future, you can build your very own Plumbot with it. Building a basic Plumbot itself is not really that hard, you just need to get skill level 2 and 250 Simoleons. What you want however is a Plumbot that has personality and you give this to your bot with Trait Chips. This guide will explain how to build trait chips and what you need for them.

There are two ways to get this skill, the first is the most obvious. You have to travel (back) to the future. While there travel to the Nuts n’ Bolts Bot Emporium and start designing a trait chip. While in the future you can also buy bot building skill books.

If your Sim can’t, or doesn’t want to, visit the future, there is a present day alternative. Go into buy mode and there you can buy the Reventlov’s Bot Workshop. Just start designing nanites and trait chips and the skill will build from there. It’s up you how realistic you find this option, or if you’d rather keep the future in the future! As you’ll see, the future option has certain advantages!

Nanites are the components of trait chips, you can capture these (like insects) in the wasteland in Oasis Landing or you can design them on the Bot Workshop. They do cost money to design so finding them is cheaper, just takes more time! There are 20 nanites in total. 14 you can discover through designing them and 6 you need to capture first and they are rare.

* This price is the max value that you get when you Create the Nanite yourself on the Bot Workshop, captured nanites can be worth less than this amount.
** These nanites need to be captured in the wasteland and reverse engineered before being able to create them yourself.[/learn_more]

If you captured a nanite you do not know how to design yet, you can reverse engineer it. This gives you the information on how to design them yourself and processors [more on this later].

Once you have reached lvl 1 of the botbuilding skill you can design trait chips. Trait chips are the personality traits your PlumBot will have, ranging from being able to clean to having social & fun needs.
Designing trait chips is similar to the Alchemy skill in The Sims 3 Supernatural, knowing how to make a trait chip is not enough, you also need components for them. Here is a list of all the trait chips and components.

There are 3 types of components you will need for trait chips:

As mentioned before, nanites can be designed on the Bot Workstation. They can also be found in the wasteland in Oasis Landing. If you have enough lifetime points the Collection helper really helps! 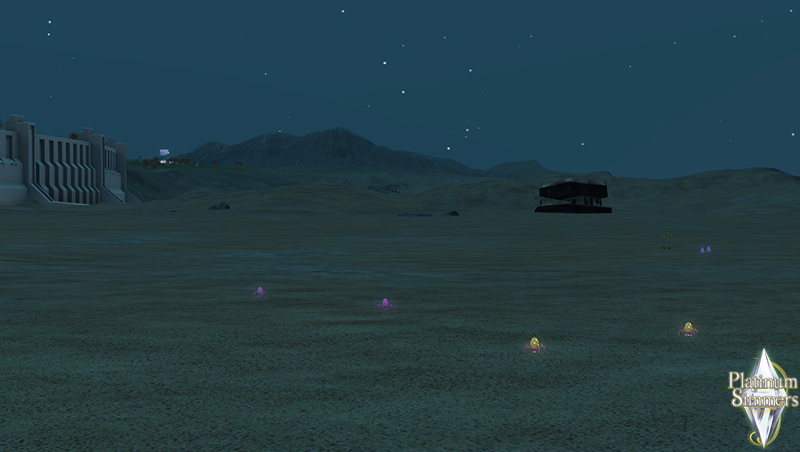 In Oasis Landing you can find crystal flowers randomnly in the world, these flowers can be harnished with laughter, love, kindness, rage or be kept neutral. You can harvest them in the wild and then like a normal plants, plant them yourself in your garden.

You can get processors by reverse engineering nanites, they come in 3 sizes: small, medium and large. I’ve found that the more expensive nanites have a bigger chance of giving you large processors, but it is still rare.

As well as collecting them, you can also buy components from the Nuts n’ Bolts Bot Emporium store, so make sure to check there often and see what’s on offer!

Building and upgrading a plumbot

Building plumbots is actually the easiest part of the plumbot skill. You need level 2 and 250 Simoleons.

Then you go into create a bot and let your imagination go wild! Once you have a plumbot you can upgrade it with trait chips (up to 7 in total, once you Sim is on level 10 of bot building) and upgrade the quality of the bot.

After you build your plumbot you can sell it. The more trait chips and the higher level quality it has, the more it is worth! You can sell the bot in the Nuts n’ Bolts Bot Emporium by clicking on this Plumbot Stand. It is quite sad to sell your plumbot, they wave sadly at you. So be sure before you sell them!

This skill comes with a self-employed career, the goal is to make money by selling trait chips and/or plumbots. How much a Plumbot sells for depends on the quality level and the trait chips. The base value of every Plumbot is 250 with 3 traitslots, every traitslots adds 50 to this value. The quality of the Plumbot is like a multiplier of this value. The follow table explains it: